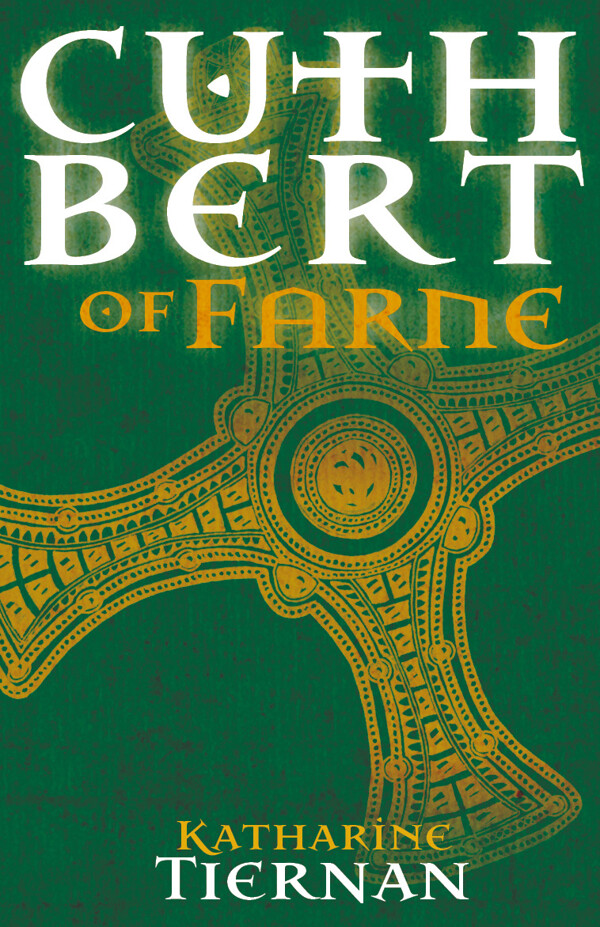 AVAILABLE FROM www.sacristy.co.uk, on Amazon or from local bookshops

‘In this glorious novel we meet not an ascete who has turned his back on the world, but a man deeply involved in the social and political conflicts of his day and dedicated to peace and reconciliation. From his rocky abode, lashed by the bitter salty North Sea winds, in the company of seals and seagulls, and with little in the way of food or physical comfort, he is a warrior engaged in a rare kind of struggle. But this is also a tender story of love and longing and belonging in the new Christian communities of seventh-century Northumbria. You will want to walk that coast, breathe that air.’ Vibeke Vasbo, author of The Song of Hild, no.1 Danish best-seller

‘Tiernan has a flair for psychological insight and an imagination that fills in the gaps in the historical record without ever doing violence to what is likely. She is also possessed of a vivid visual imagination, and an illuminator’s eye for small details. This is a highly pleasurable and intelligent piece of historical fiction’ . Fiona Hook, Church Times

‘Whether you are looking for an exciting historical novel or are interested in the northern saints, this is the book for you. It is fast-moving but the author has taken no liberties—I couldn’t put it down.” —Lilian Groves, Senior Guide at Durham Cathedral.

‘I’ve just finished reading Cuthbert of Farne and wanted to say how much I loved it. I was so engrossed and read it over a couple of days’ David Bayne.

AVAILABLE FROM www.sacristy.co.uk, on Amazon or from local bookshops.

“This is a gripping novel of the “can’t put it down” kind. The facts are largely drawn from the monk Simeon’s History of the Church of Durham (1096). What gaps recorded history has left, Mrs. Tiernan has filled with imagination and flair.”
Keith Atkinson

“I loved the way that the book manages to talk about spiritual matters without sacrificing drama and felt that it was really moving portrayal of the way that a great saint has effect upon all around them. The fact that St Cuthbert, now resting in Durham Cathedral, is still exerting this kind of influence today makes this a book which a great many people should find inspiring.”
Jane Clark

“Katherine Tiernan brings to life a period of less well-known British history that is often bypassed in the smokescreen of King Alfred’s more obvious adventures in southern parts during this period. Beautifully written, the writer has a native’s sensitivity to this brooding land.”
Christopher Ryan

Katharine Tiernan’s prose is as clear-minded and unpretentious as it is beguiling. She is intensely immersed in her story and its location and captures a sense of time and place in an unpretentious and engaging style. Julia Stoneham for the  Historical Novel Society

A New Heaven and a New Earth

AVAILABLE FROM www.sacristy.co.uk, on Amazon or from local bookshops.

‘Tiernan has an unusual ability to project herself into the heads of her characters. We hear their different voices: Edith’s chatty exuberance, Thorgot’s earthiness, and Aldwin’s more Latinate cadences. We see Thorgot’s spiritual struggles as he has to learn humility as a novice, and Edith’s black misery at her husband’s rejection.

Tiernan wears her considerable erudition lightly, and the reader is guided gently through the transformation from a Saxon Church to one more directly controlled from Rome. But her writing is also very much anchored in the physical world. Birds sing, food has a scent and flavour, and the wind is bitingly cold. This longer and more complex work marks Tiernan’s debut as a significant historical novelist.’

She has done it again! In the third part of her trilogy Katharine Tiernan casts her net vigorously across a familiar, sweeping landscape which, religiously, historically, geographically—as well as individually for her cast of characters—is ruthlessly challenging. Her prose is, as usual, lyrical and unpretentious. Research is used convincingly and with the lightest of touches. The breadth and content of this novel would appear daunting, but Katharine Tiernan takes it on in all its detailed complexity, approaching it with the confidence of a writer who is absolutely at one with her subject.
Julia Stoneham, Historical Novel Society

Even if, unlike me. you are not an avid reader of historical fiction, I recommend all three books in this stunning trilogy set in Anglo-Saxon England and In other counties at the time around 1000 AD. Cuthbert of Farne and A Place of Repose tell the life and death of Cuthbert who to this day lies in Durham Cathedral. This third novel tells of his legacy after the Normans invaded and the “the Harrying of the North”, the effects of which, I believe, still affect us and is the basis of our class system.

This novel concentrates on Durham but we see Lincoln, Norway, and Melrose – in fact, a wide section of Christianity and its followers, both men and women, high band low. I thoroughly recommended the trilogy which follows history closely but with loving humanity. My kind of fiction and highly recommended.

From a bit of history as bleak, cruel and unforgiving as they come, you have teased out the singular thread of light which is St Cuthbert. Somehow, from beyond the grave, he holds and redeems it all. As for Edith…she gives voice to the thousands of unknown, unmentioned and yet thoroughly fabulous women, who would have had to live through the madness of those time.  Frances Ryan